Why Is Pizza Round?

Why is pizza round? If you’ve pondered this timeless question, you’re not the only one. Google auto-fill quickly forms this question when typing in search terms for pizza and yields millions of results. Sure, not all pizzas are round. You can find square and rectangular shaped pies all over the country, but the majority of pizzerias, especially in New Jersey, serve up round pizza. Let’s find out why.

Even Cooking and Easy Cutting

The round shape most pizzas have makes it easier to cook evenly compared to a more angular shape. It also makes it easier to quickly divide using a small amount of swipes with a round pizza cutter. Have you ever watched a seasoned pizza maker cut a pizza? They do it so quickly it can make your head spin.

When a pizza maker stretches out a lump of dough, they toss it in the air and use circular motions with their hands and fists to elongate the shape. In nerdy and scientific terms, the centrifugal force of throwing the dough in the air in a spinning motion causes the circular shape. Using the shape that is formed from stretching the dough takes less effort than reshaping it, meaning faster production.

Round Pizza in a Square Box

So if the pizza is round, why is the box square? It is much cheaper to mass produce square boxes than round ones since a square box can be made from a single sheet of cardboard. Square boxes are also much easier to store since they can remain flat until needed.

If you’ve ever visited the Midwest, you might notice something strange about your round pizza. Instead of large triangle slices, most pizza in the Midwest is cut into small squares. Here in the east, we do things the right way by folding our big triangular pieces in half, and a round pie makes this possible.

One thing is for sure, no matter the shape, pizza will always be our favorite food. 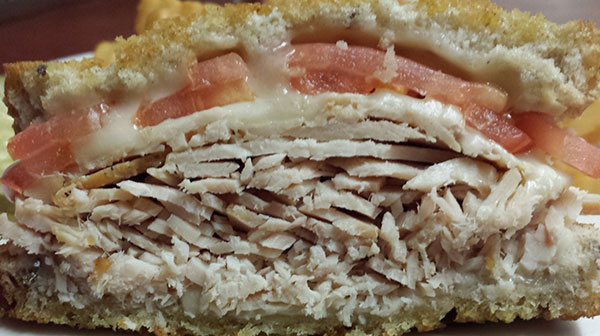